I am a Professor of Political Science at Bucknell University.  I received my Ph.D. in American Politics from The Ohio State University.  My research focuses on American political institutions, with an emphasis on the U.S. Congress.  I 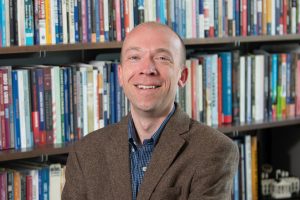 have published work on both the modern and historical Congress addressing representation, institutional change, and electoral responsiveness.  My book, Leadership Organizations in the House of Representatives:  Party Participation and Partisan Politics, was published by University of Michigan Press in 2016.  In the book and several articles, through a combination of archival research and quantitative analysis, I show that member participation in party organizations serves the collective goals of the party as well as the individual objectives of members, and I trace the ways that a polarizing and electorally competitive environment has changed the roles of participation.

In current work, I am examining the House leadership’s development of electoral agendas, such as the Republicans’ “Contract with America” (1994) and the Democrats’ “New Direction for America” (2006).  The research highlights the representational implications of these nationalized agenda efforts.  Party leaders respond to different subgroups within the party caucus depending on the party’s electoral strategy, and the resulting agenda content has measurable connections to the party’s legislative activity once they have won the majority.

Other recent work includes a study of the House Rules Committee’s use of streamlined processes governing multiple bills to manage limited floor time and majority policy goals, and a study of how media depictions of congressional process relate to public perceptions.

At Bucknell, I teach a range of courses on political institutions.  Along with courses on Congress, the presidency, and the courts, I teach senior seminars on political polarization and on legislative research, and I have team-taught an interdisciplinary course on mathematics and politics.  In 2012, I received the Lindback Award for Distinguished Teaching.  From 2017-2021, I served as the chair of Bucknell’s Department of Political Science.